Just 2 hours in Italy! | Sailing West Around The World 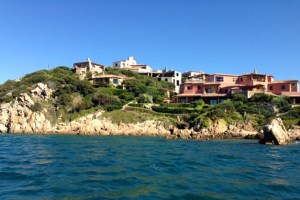 The Italian island of Sardinia is only about 25 miles from Corsica so we popped over to the famous port of Porto Cervo in the north of the island. The wind was howling through the Bonifacio straits as we sailed south and LUSH came into her usual own, cutting up the sea like Moses. It was one of those absolutely cracking sails on LUSH and we all relished it.

I was excited returning to Porto Cervo as this was where Paul and I won the Swan World Championships in 2008 on yacht ZEN, a fact we reminded everyone of about a million times that day! Porto Cervo is one of the world’s most luxurious villages with designer boutiques, luxury spas and fine restaurants galore. This is home to the exclusive Yacht Club Costa Smeralda host to some of the Mediterranean’s most prestigious annual regattas.

Arriving into the port it was obvious the place was dead. I popped ashore to do a food shop while Eddie, Marie and Alvie wandered around the town. Paul stayed on the yacht getting on with a few of his jobs with the intention of coming ashore later, however there was no ‘later’. Returning to LUSH, Eddie had seen enough. The place was just too quiet so there was nothing for it but to return to Corsica. A three hour sail back and LUSH was anchored up nice and snug in the stunning bay of Porto Vechio. Another day in the office with Eddie, we laughed.

One Life… Live it… even if it is just for a couple of hours! 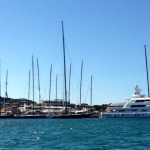 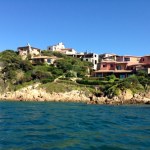 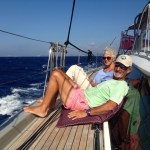 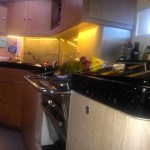 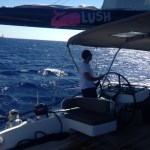