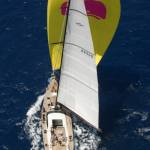 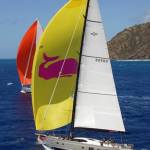 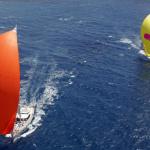 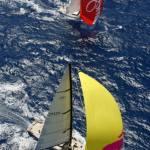 LUSH on the Overtake!

The second race day at the Oyster Regatta Antigua, sponsored by Lewmar was blessed with sunshine and breeze. The magnificent Oyster fleet enjoyed superb racing conditions along Cades Reef on the south coast of Antigua. The downwind start had pulses racing and spinnakers flying and a windward leeward course provided plenty of close quarters action for the Oyster fleet, although gentlemanly conduct prevailed.

In Class One, British Oyster 100, Penelope continued its winning streak by taking line honours and the win on corrected time for the second day in succession. Tactician, Jeremy Robinson was quick to praise the crew.“On a yacht of this size, manoeuvres need to be perfect and the crew-work over the last two days has been impressive. Penelope has been right up on target speed and her owners Paul and Penny Brewer have been delighted with the performance.”

Oyster 885, Lush with Eddie Jordan at the helm, took second place by just over a minute and Dario Galvao’s Brazilian Oyster 655, Rocas sailed well to take third. Starry Night of the Caribbean was fourth and top Oyster 82, for the second day in a row.

Wolfram Birkel, owner of German Oyster 625 Red Cat, was a very happy man having won his first race in his new boat. “We were so close to winning yesterday but we made a few mistakes. Red Cat is a new boat for us and we are still getting used to her but today we put our experience into practice and sailed Red Cat in a much better fashion. I am so delighted to win my first race in an Oyster Regatta and keen to celebrate with my crew.”

Red Cat was the victor in Class Two, Maxim Kudryashov’s Russian Oyster 625, Guardian Angel was second and a great performance by Chris Glossop’s British Oyster 575, Dreamer of Hamble was third.

David and Joanne Furby’s Oyster 625, Vamos of Portsmouth had a problem at the start but recovered well to get right back in the mix, especially downwind with their resplendent red spinnaker expertly trimmed. The crew from the south of England enjoyed some close quarter racing with other yachts. “You learn so much about driving the boat at an Oyster Regatta.” commented David Furby. “Sailing on the wind really tests your ability to steer the boat correctly and downwind under spinnaker requires a different approach, I have a lot to learn but I am improving all the time.”

Class Three provided an epic duel between two British Oysters, Tony Keal’s Oyster 54, Wolfhound and Harvey and Sue Death’s Oyster 56,Sarabi. The two yachts were evenly matched for speed around the course and after over three hours of racing Wolfhound crossed the line just a boat length ahead of Sarabi to take the gun and the win after time correction. Joachim and Rolf Riel’s German Oyster 56, Mariela had another consistent day placing third.

After racing the Oyster fleet enjoyed a private party at one of Antigua’s most famous locations. Shirley Heights is visited by thousands of party-goers every year. The view from Shirley Heights Lookout is without question the most famous on the beautiful island of Antigua and the 300 strong Oyster family was treated to a glorious sunset accompanied by a traditional steel band.

Oyster CEO, David Tydeman and Race Officer for the regatta welcomed the Oyster family to Shirley Heights and gave prizes for Race Two. “The course today was another testing one with a downwind start and boats sailing closer to one another and I would applaud the yachts who were very careful today and that attention to safety helped provide for another good day on the water. Racing was very close today, which shows the competitive spirit but it was also good to see that everybody is here to enjoy great company as well as superb racing and Shirley Heights is the perfect venue to celebrate with one another.”

After a delicious Caribbean-style BBQ, the Shirley Heights Reggae Band played into the night and the dance floor was soon swinging to the rhythm. After a lay day, racing at the Oyster Regatta Antigua continues, Friday 11th April. 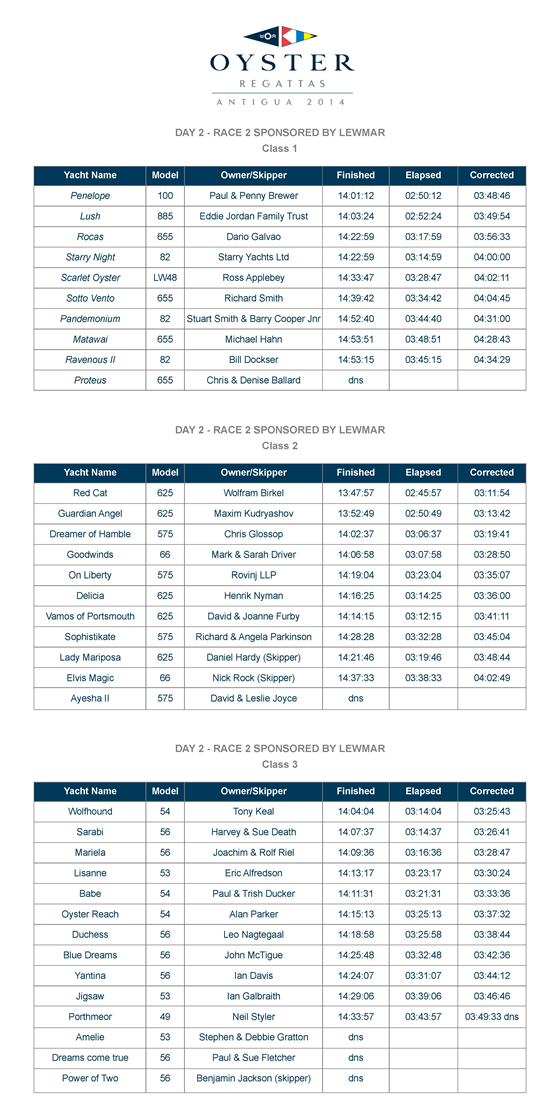